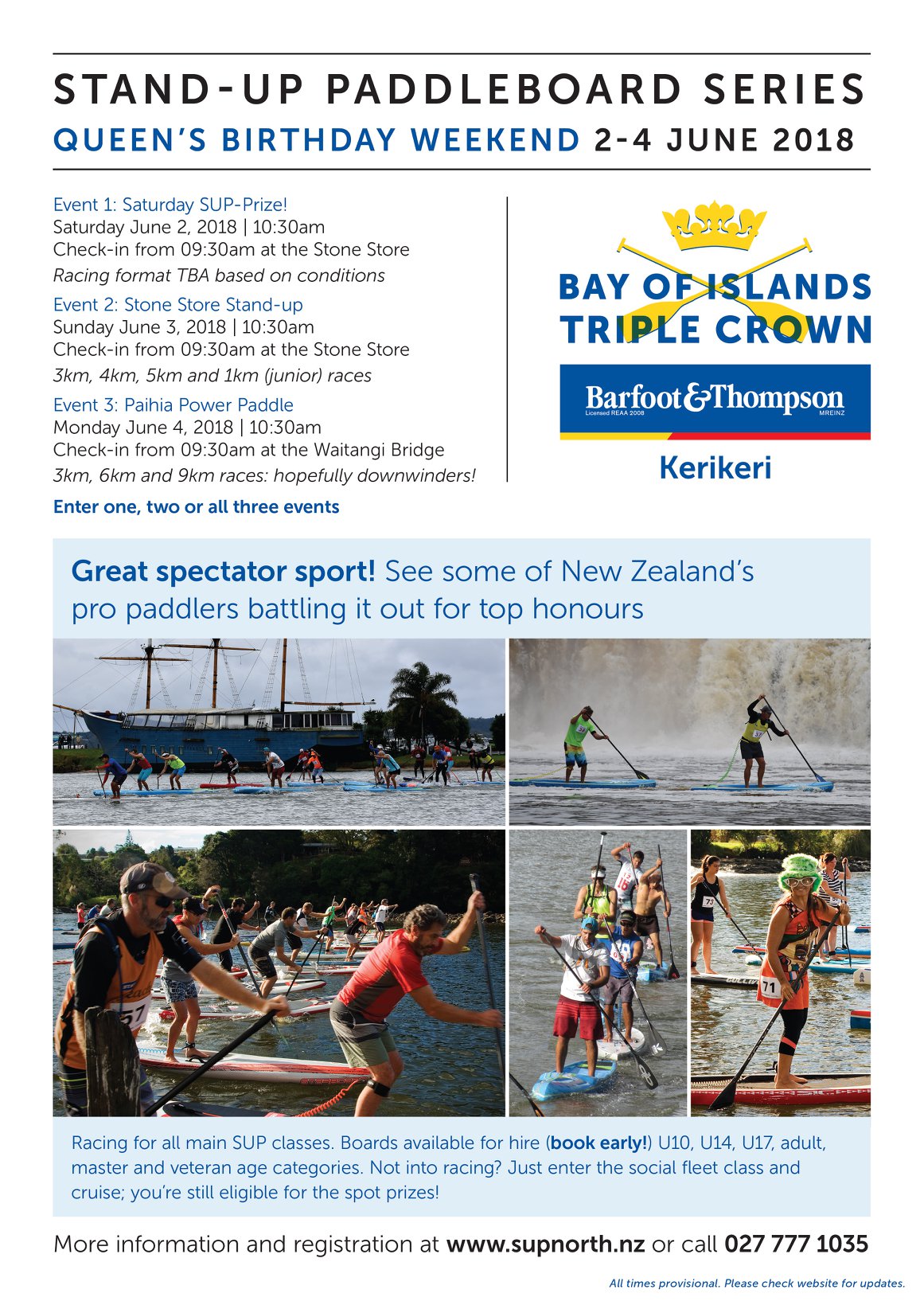 A fantastic event proving a true test of the competitors’ paddling skills, with 3 great races including downwinding in very extreme conditions, technical racing with a LOT of corners, and hard flat-water blasting. Three very different types of paddling, and all done on the same board.

Scroll down to read the report and results on each of the individual days.
Saturday Surprise
Sunday – Stone Store Stand-Up
Monday – Paihia Power Paddle

A hard core of 31 racers completed all 3 events, undergoing a true all round test of their paddling skills: So here’s how they finished overall.

WHAT A DAY!! Torrential rain and winds gusting up to 40 knots… time for a real downwinder. Congrats to the 28 souls who braved the elements and enjoyed a classic 9km downwinder up the Kerikeri inlet. Results as follows:

And extremely well done to the 8 racers who went for the shorter inshore course (just as wet and windy!)3k Inshore Race

Another fabulous day of racing, and this time with great weather too! Well done everyone who took part, great to see you all on the water. And the results are:

Another fabulous race, and oh wow were we ever lucky with the weather! Following on from Saturday’s downwinder and Sunday’s technical racing, today was a good old fashioned straight line (ish) flat water 6km paddle – but amidst some beautiful scenery and with the added fun of negotiating a large waterfall in full spate.